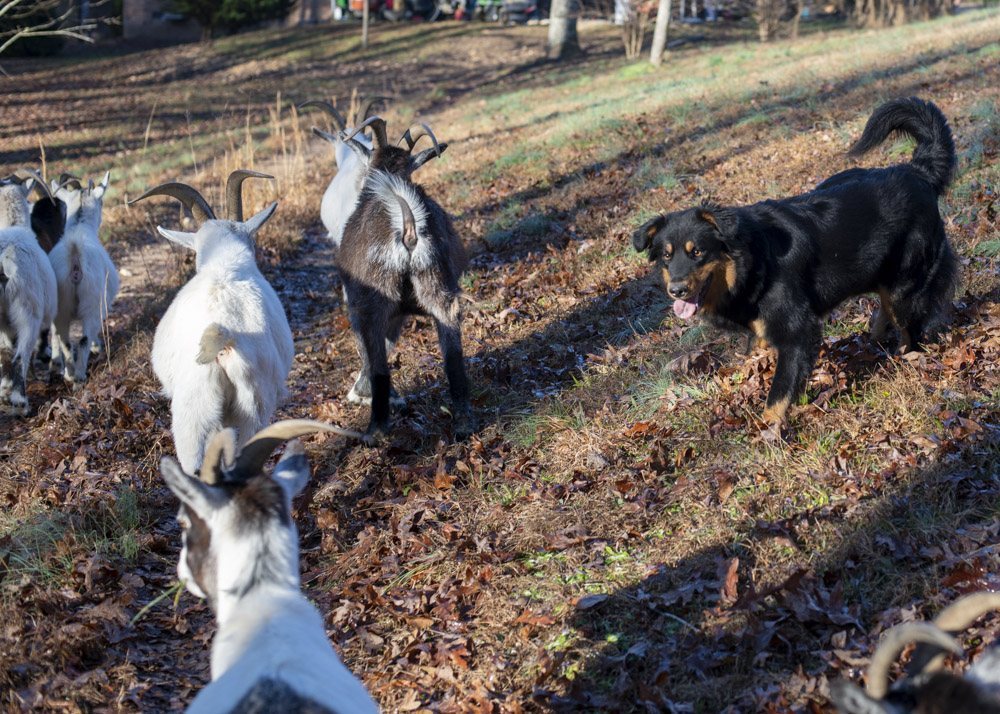 As a child, Major Jesse Ursery of Bellevue, Tennessee owned a black and tan English shepherd named Fan.  Among other things, Fan was a tree dog who accompanied the Ursery boys on squirrel and raccoon hunting expeditions.   Fan also drove the milk cows for John Ursery, the boys’ father.

As an adult, Major Ursery returned from the war with disability.  While staying in an Army hospital to recuperate, he read about Tom Stodghill and his black and tan English shepherd breeding program.  Mr Stodghill sold him a dog and cared for it until Major Ursery gained his release from hospital in November of 1950.

After setting up a farm in Arkansas with his wife, Major Ursery kept his English shepherds in with his goats, LGD style.  He states that his black and tan were fearless guardians who would protect his goats from man or beast.[1]From Goat Dogs by Major Jesse Ursery, English Shepherd Club of America Who’s Who Breeder Manual, Pages 29-30. The letter is republished in The Book of Ole Shep Volume 1, page 16-17