Rusty and the Squirrel 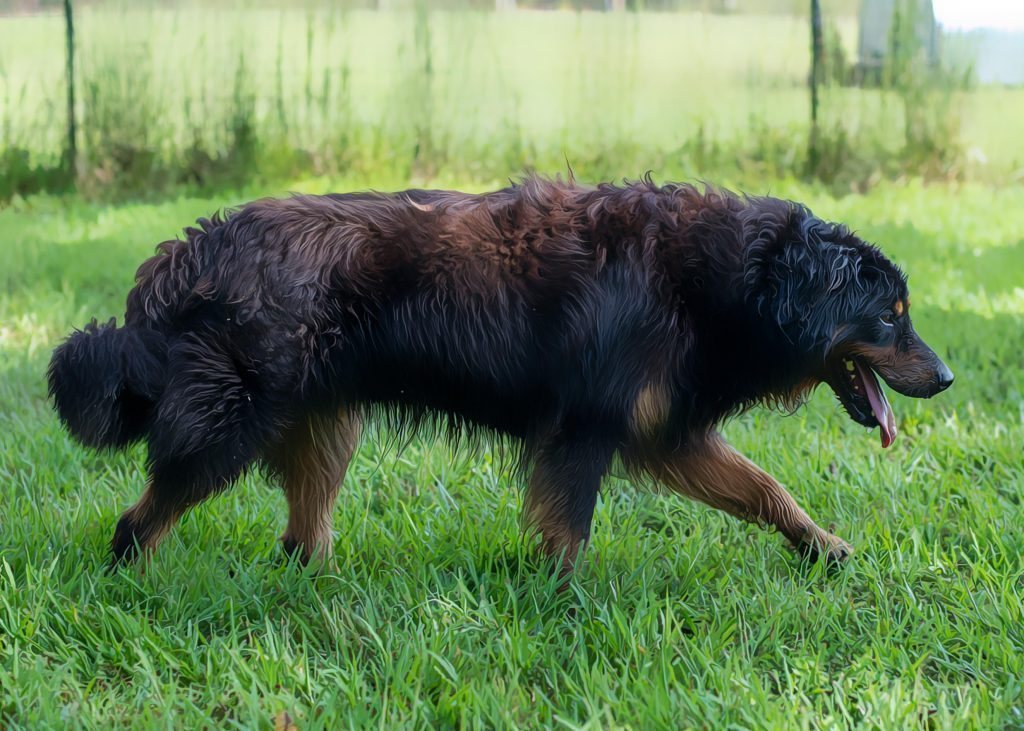 Rusty has been treeing squirrels lately. I’m sure he’s always had this behavior, but he’s recently picked it back up here with me at Roanoke Creek Ranch.  Perhaps he has reached a level of comfortability here.  I find a few of the aspects of his treeing behavior worth noting.  First, he does so silently.  No baying or barking.  He alternatively circles the tree and stands with his forelegs up against the trunk.  I can appreciate how long his physical build is when he stands upright so.  Second, he stays with the quarry until called off.  And third, he comes to me promptly when I finally do call him off.  This morning I let him stay with it for six or eight minutes.  It was enjoyable to watch him display this healthy behavior he was meant for.  In my eyes, the third aspect, coming off when called, is the most noteworthy.  Rusty’s ability to follow my commands even when faced with a high-level distraction has impressed me repeatedly.  Especially considering I am his fourth owner, he’s almost ten years old, and he’s only been here with me for less than half-a-year.

In all honesty, I started out wanting to breed Rusty in order to preserve the heritage of the Sallee strain of the Stodghill-Blankenship bloodline he represents.  But now that I’ve spent time with him, I truly believe in the worthiness of his propagation.  Rusty is a good dog who has not been given the life he deserved.  I am glad he’s here with me. I hope he is granted a long and joyful life with us here on the ranch.