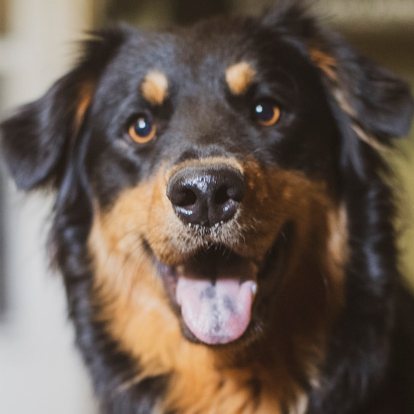 I recently saw a post in a Facebook group where an individual adamantly stated that English Shepherds don’t have black on their tongues.  I didn’t jump to correct the individual because I understand the nature of cognitive bias.  The availability heuristic, also known as availability bias, is a mental shortcut that relies on immediate examples that come to a given person’s mind when evaluating a specific topic.  In this case, the person had never seen an ES with black on the tongue.  Apparently, the dogs of her region don’t have that physical characteristic.  Black tongues are no big deal, but it speaks to a larger issue: the bumblebee problem.  Bumblebees join every English Shepherd community they can find. Usually Facebook groups.  These people have usually made ES a disproportionately large part of their life.  And to any audience they can find, they spread their own Availability Biases to each newcomer, weak thinker, or uninformed person who will listen.  I once had a person from British Columbia lecture me about my dogs in Tennessee! I can’t imagine telling a person in British Columbia that I know more about her dogs than she does.  For a landrace, where strong regional herds are critically important, the Availability Biases of bumblebees can be a real problem.  “Managing Breeds for a Secure Future” goes further into depth on why.  I’ll link to it below.  We need regional herd strength, and bumblebees spreading their personal Availability Bias to every region only hurts the strength of the breed.

The same holds true for a national breed club – it doesn’t serve the better good in the way regional breed clubs would.  And a national breed database is bumblebee heaven.  Prima facie, the national breed database is a boon.  But when one gathers a deeper understanding of how it’s actually being used, some real questions come to mind.  Moving stud dogs from region to region, giving undue credibility to high-volume breeders, etc.  The former shrinks the gene pool, while the latter is enabling unethical behavior. A high price to pay so that bumblebees can be nosey.  And for club litter listings, nationwide policies such as requiring hip checks or similar constraints shrink the gene pool in unforeseen ways.  The bumblebees who think they have nationwide authority have done real harm to the breed, and particularly to the ESBT bloodline. Each herd needs to be managed according to the culture, geography, and working needs of that region’s people.  And the regional gene pools should be managed separately.  I suggest you seek mentors in your region and breeding mates in your region.  And beware of bumblebees.

Don’t take my word for it, read more here: