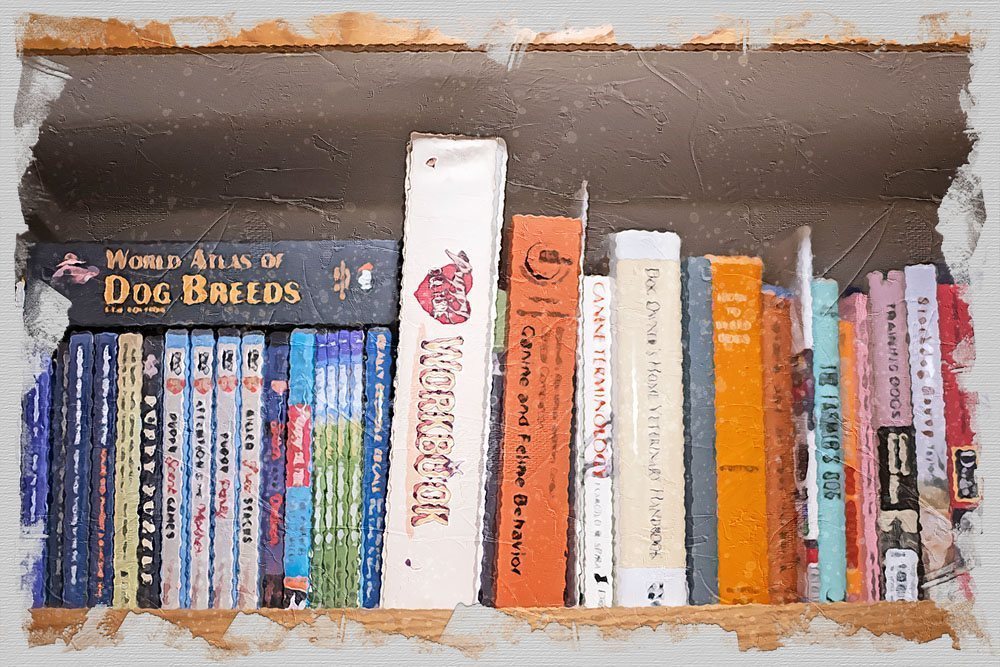 8 Point Classification Model
A series of rational investigations used to gain reasonable confidence that a specific dog can be classified as an Old-fashioned Black and Tan English Shepherd. Read more…

ARF
The Animal Research foundation is a defunct registry which recorded several species of animals, including many dogs of the Black and Tan English Shepherd bloodline.

Catch dog
A catch dog is used in hunting to catch large animals, or in ranching to work unruly livestock. As hunters, catch dogs are contrasted with bay dogs who corner prey animals and alert their handler by barking or baying. As livestock dogs, catch dogs use their strength and determination to immobilize large animals so that they can be captured, or literally hogtied, by the dog’s handler. The practice of using catch dogs has been employed by stockmen, hunters, butchers and farmers since at least the days of ancient Rome.

Century Strain
In some articles and marketing materials, the Blankenships referred to their line of dogs as the Century Strain. See also Gold Nugget Strain, Blankenship Line.

Diversity
Often there is a misunderstanding of what is meant by valuing diversity in the breed; the diversity valued is in non-essential (not breed-defining) traits, diversity does not mean “anything goes”.  A good English Shepherd should be a dog of solid character, capable of working stock, reliable with family members, loyal to their owner. It isn’t valuing diversity to brush aside those requirements.  The “nurturing” dog that can’t move your stock or the “alligator” dog that kills your stock are both lacking essential qualities.

Farmcollie Movement
The farmcollie movement influenced the English Shepherd breed community via internet lists, AWFA, and the vocalness of its proponents.  Since this all coincided with the breed coming out of a pretty severe bottleneck, it skewed what was being bred and it influenced a lot of new breeders.  So now, black and tans are in a relatively more precarious place than some of the other parts of the breed.

Landrace
The genetic organization of most landraces resembles a short one-storey building made up of distinct foundation strains, with a second storey of composites built from specific combinations of foundation strains. (Sponenberg, et. al.)

Multi-strain Composite
Multi-strain composites are members of a landrace that have been built from specific combinations of foundation strains.