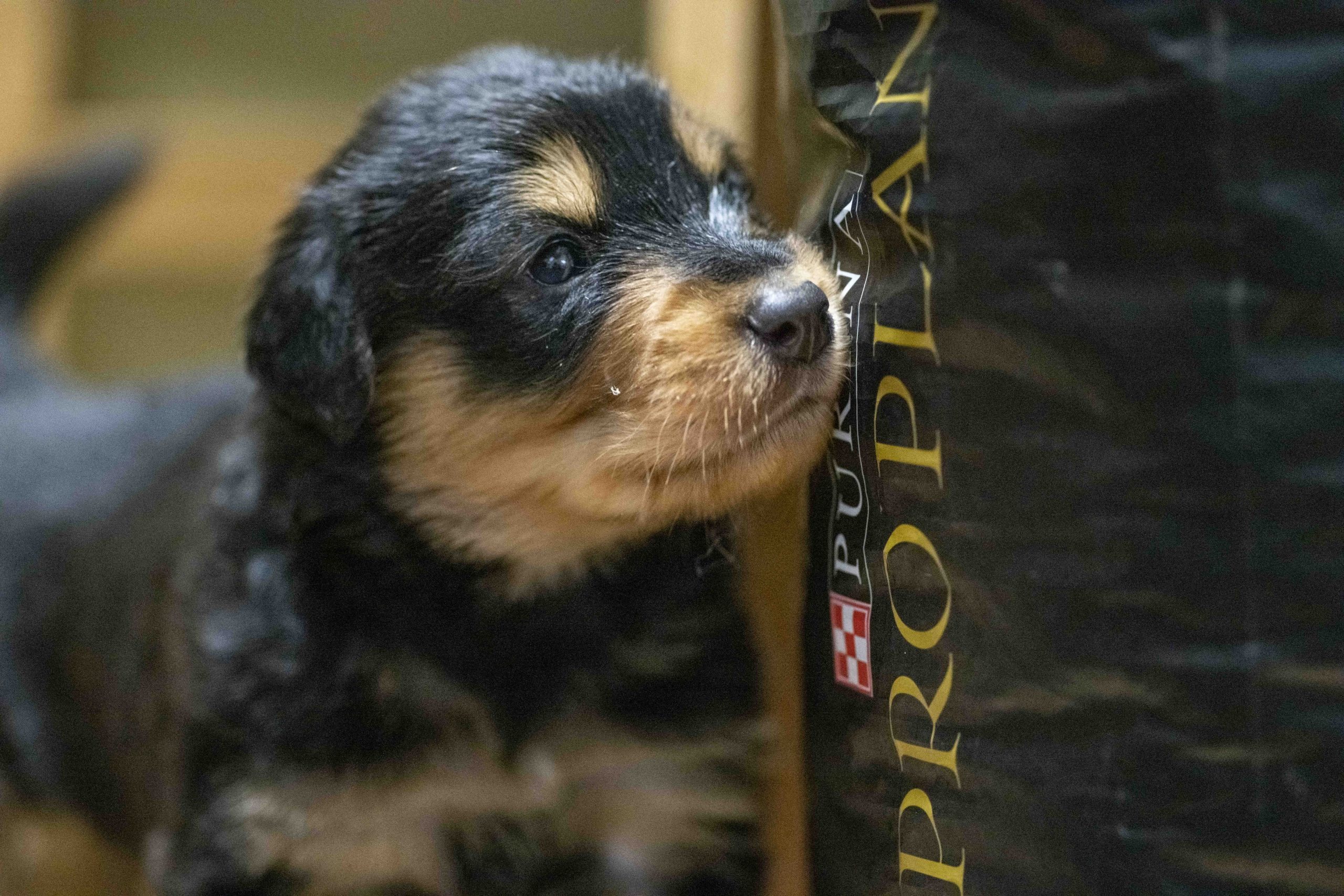 As part of the socialization process, today each pup was removed from the litter for up to ten minutes. Each pup accompanied me to the puppy training room, where we spent some quality one-on-one time on a 4×6 yoga mat. There was no qualitative scoring today, just some notes for each. Two of the bubs went back home early because they weren’t having a good time. Three of the pups were largely exploratory, paying some attention to me but mostly wanting to run off the yoga mat and look around. Another three of the pups were more focused on me, exploring little. Two of the pups were a nice balance of exploration and focus on me. My beard was a popular item, and I’m sure all remnants of breakfast have been properly cleaned-up. My Adam’s apple has a dark red hickey on it, as it was frequently tried for milk. And my ear lobe was also nibbled and nursed on a few times. I had initially placed a pee pad over the yoga mat, but I didn’t feel the traction was good enough. From now on, we’ll just go with the bare mat.