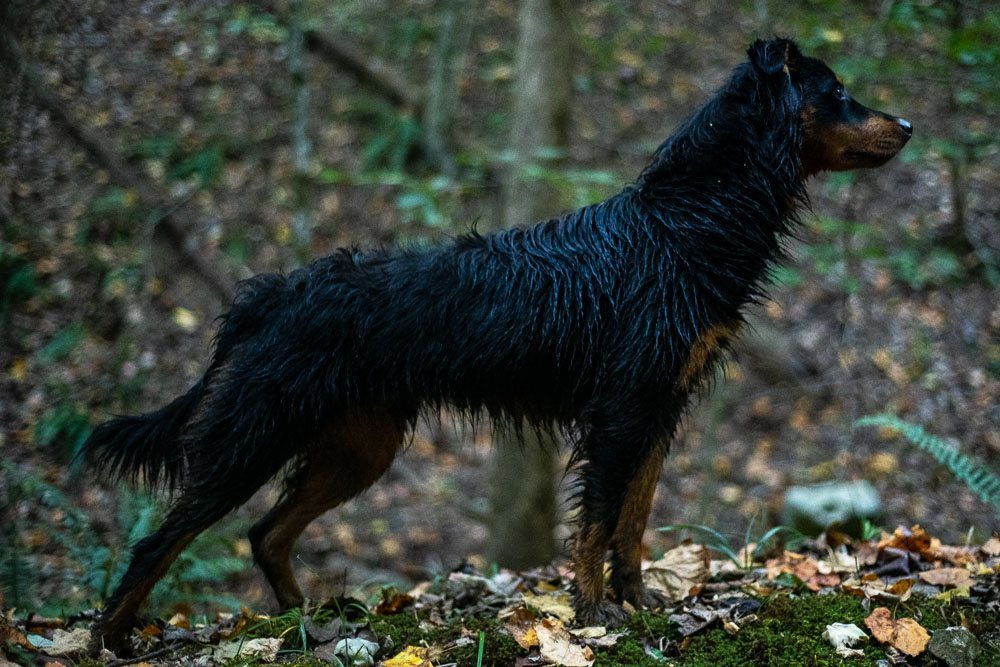 Since at least as early as the nineteenth century, hunters in Appalachia, the Ohio River Valley, and the South were using Old-fashioned black and tan English shepherds to tree small game, bay larger game, track wounded game, and catch wild boar hogs. As life in America has urbanized and some would say become emasculated, our dogs have been used less and less for hunting.  Fortunately, some still know the old ways and select Old-fashioned black and tans to pursue traditional occupations. The female black and tan in this video is sired by my stud male Sallee’s Rustie Jr.  She is placed with a professional hunter who has trained her from an early age to track wounded game.   Now at almost a year old, she is exhibiting the enthusiasm to become a tracker.  She will continue to accompany older mentor dogs on the hunt this year and be given a chance to show her mettle.